Fueled by angst and uplifting energy “Affirmation” by Megan Bird is for those nostalgic for pop-punk days.  The first thing a listener should think when they hear this song is that it is a perfect polished pop-rock production.  Epic vocals, perfect overdrive guitars, subtle but melodic bass guitars, and a thrashing punchy compressed drum sound that is easy to listen to at both high and low volumes.  Whether you’re bumping this song in front of a lot of heads or you have it set as your alarm clock “Affirmation” by Megan Bird works.  The lyrics are easy to relate to as young love and her voice is something to be admired.  Definitely worth a check out for those who are into super polished productions.  See attached press release below. 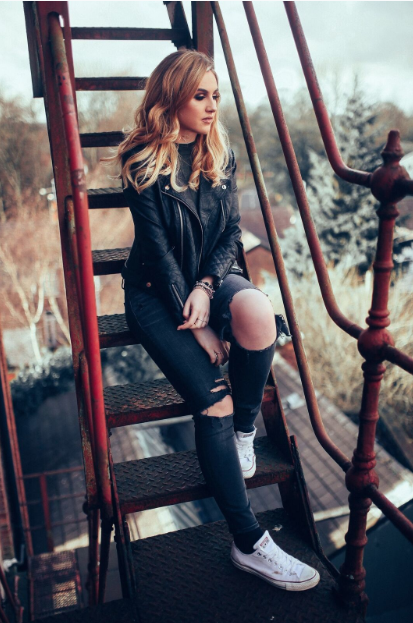 Having worked closely with GRAMMY and Ivor Novello award winning songwriter Eliot Kennedy (Spice Girls, Bryan Adams, Gary Barlow), Megan proves herself to be a surefire one to watch, possessing an infectious sound that shines through more so than ever in ‘Affirmation’, her first official musical offering.

Much like female figureheads Pink, Kelly Clarkson and Demi Lovato who Megan considers hugely influential in her musical journey, lyrically they share similar running themes of self-assurance and empowerment. Growing up on pop-rock royalty Paramore and All Time Low have also played an important role in moulding her sound over the years.

On both the making and meaning behind the debut single, Megan says of ‘Affirmation’ –

“This song was the very start of my debut album, the first song I wrote up in Sheffield with Eliot and Jim, and it made me excited about writing music again. I had just started college and wasn’t sure what I wanted to do, I was doing a music course but wasn’t that interested and couldn’t find something that I could fully relate to. I was 16 when we first wrote it, and hearing the change in my voice and confidence over the past three years is crazy.“

On the meaning of the song –

“Within these last few years there’s been different situations in my life where I can really relate to the lyrics, and that’s something I always want to achieve with songwriting – that you can always relate in some way to what’s being said, and I love the timeline within the song itself. It’s based on a one sided relationship, which can also reflect on friendships. This has been a recurring theme for me and is the best way to let that frustration out, through music and especially lyrics.”

Bursting at the seams with energy and attitude, ‘Affirmation’ boasts the perfect blend of cinematic chords and anthemic drums, all brought together by Megan’s sharp melodies.

Alongside her full band, Megan presents the opportunity to experience the new music live with a headline homecoming show in Winchester on October 12th.